With the development of the economy and the progress of society, people have put forward higher and higher requirements for energy, and the search for new energy has become an urgent task facing human beings. Solar power is considered to be the most important energy source in the 21st century due to its advantages of cleanliness, safety, extensiveness， and adequacy of resources that are unmatched by thermal power, hydropower, and nuclear power. As a result, solar LED lamps have gradually become a new trend, and the dazzling array of solar lamps on the market is dazzling. Today we will talk about the relevant knowledge about solar LED lamps.

What are the solar led lights?

Solar lamps use sunlight as energy. During the day, the solar panels charge the batteries, and at night, the batteries supply power to the light source. There is no need to lay complicated and expensive pipelines. The layout of the lamps can be adjusted arbitrarily, which is safe, energy-saving， and pollution-free. Solar lamps are mainly composed of solar cell components (solar panels), battery packs, intelligent controllers, high-efficiency energy-saving light sources, light poles, installation materials, etc. The parameters of common solar LED lamps are as follows:

How does solar lighting work?

Solar LED lamps use solar panels to convert the absorbed light into electrical energy, which is stored in the battery of the control box installed under the light pole.

What are the common types of solar lamps?

Most sellers of solar lamps will use false power (wattage), especially solar street lamps and solar projectors. The power marked by the lamps is often 100 watts, 200 watts, or even 500 watts, while the actual power and brightness are even one-tenth of that. can’t be reached. The fundamental reasons for this phenomenon: First, there is no unified industry standard for solar lamps; second, there is no simple and direct power measurement tool, and even manufacturers calculate the power of solar lamps according to the parameters of the power controller; third, consumption Consumers generally do not understand solar lamps, and most of them have the mentality that it will be better to spend the same money to buy lamps with a higher power. On this basis, some suppliers will not sell their products if the power is not false.

The power（wattages）of the solar lamp is limited by the capacity of the battery, and the capacity of the battery is limited by the photovoltaic panel. To make a solar lamp with an actual brightness of 100 watts, if it is only on for 8 hours, at least 3.7V ternary lithium batteries 220AH and 6V are required. The photovoltaic panel of 260 watts, will require a high price and is technically difficult to achieve.

Some might say, don’t consider any other time except 4.5 hours? After all, in addition to the peak value of 4.5 hours, electricity can also be generated at other times! Yes, this statement is correct. First of all, the efficiency of power generation at other times except the peak time is very low; secondly, the conversion of peak production capacity here is calculated according to 100% conversion, and it is not bad that the photovoltaic power generation can reach 80% conversion in the process of charging the battery, which is also The reason why your 10000mA power bank can’t charge 2000mA iPhone 5 times. As for the details that are not calculated here, it is because we are not engineers in this area and do not need to be very precise.

It is not exactly right.

4. Solar panels must be installed where they can receive the maximum amount of sunlight

5. Do solar lamps use new batteries?

So is the disassembled battery durable? The answer is that the disassembled battery is also very durable. Customers of our own lamps that we sold 3 years ago are still using them. There is a complete set of detection methods for disassembling the battery, and high-quality batteries can be obtained as long as they are strictly screened. The test here is not the quality of the battery itself, but human nature.

7. The more Led chips of solar lamps, the higher the brightness?

More and more manufacturers are keen to make as many led chips as possible because when customers see so many led chips in lamps, they will think that the materials of lamps and lanterns are sufficient and the quality is good.

Incandescent bulbs are old-fashioned and not efficient, and it’s getting harder and harder to find a store where they’re still available. It’s almost the same with compact fluorescent bulbs (CFLs),…

(Image Source: LED Streetlight Program) Street lights are a necessity. It is important to have a light on the streets for safety reasons and because many people like being able to…

Generally, when buying LED lamps, you will often find that IK Rating is written in the parameters of some lamps. Many people don’t know what IK Rating is. So today… 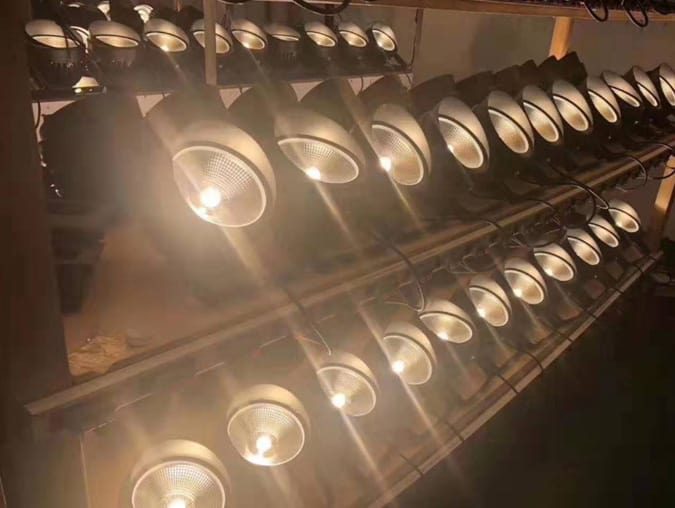 Do you love to spend time outdoors in the evening? Then you’ll want to consider investing in LED landscape lights. These lights are more energy-efficient, and they last longer than…

In indoor lighting fixtures, there are two types of light fixtures(downlights and spotlights). Many people will not distinguish them, thanks to their appearance, shape, installation method, and installation location are very…